A Newly Released Book—The girls in the furisode: The two Tales

This multilingual (Japanese, English, Simplified Chinese, Traditional Chinese, and Korean) booklet contains a story of to A-bombed girls, who were cremated in their long-sleeved kimonos (called “furisode” in Japanese) put on after their death in Nagasaki. The story was originally published in a picture book, “The Girls in Furisode”, written and illustrated by Hiroshi Matsuzoe,… Read More »

Nuclear Disarmament and the Peace Symbol

The ubiquitous circular graphic called the Peace Symbol appears in popular culture on everything from earrings to bumper stickers. Everyone has seen it, almost everyone has displayed it, but few people know its origin. History The Peace Symbol was originally created to support nuclear disarmament in February, 1958, by a British artist named Gerald Holtom.… Read More »

E-book.  Private Publication. Categories:  memoir and juvenile literature https://www.linguahiroshima.com/jp/detail?id=11050 LinguaHiroshima uploaded the publication information of the e-books available in three languages, Japanese, English, and Spanish.  Illustration by her son, Hiroaki Nagano. This e-book is an account by Etsuko Kanazawa, who was sixteen years old at the time of the atomic bombing of Nagasaki.  Her thirteen-year-old… Read More »

by Urszula Styczek-Boyede In December, 2020, Urszula Styczek–Boyede, a Polish researcher and LinguaHiroshima’s co-editor, started her lectures on Peace Education as common graduate courses at Hiroshima University, one for a master’s and the other for a doctoral course.  She gives online lectures in English and is ready to show our database system and contents of… Read More » 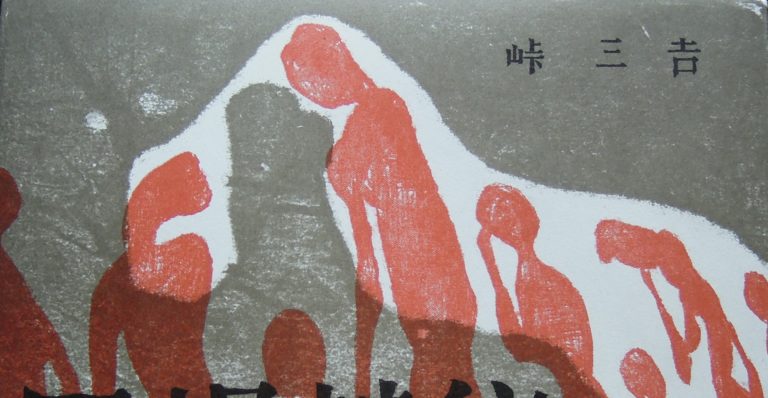 A new digital exhibit of Shikoku Gorō’s pictorial arts with poems is open to the public.  This website provides readers with the full commentary on Shikoku’s works based on a thorough review of reliable sources.  Such a complete, online introduction to Shikoku’s post-war activities is unprecedented in any language. About Prof. Ann Sherif: https://www.oberlin.edu/ann-sherif About… Read More »

How We Made Justice Impossible for the 9/11 Accused

Richard Minear*, the translator and commentator of BLACK EGGS, let us share this information.  He first met Sadako Kurihara, a poet, essayist, and activist**, in 1983.  Since then, they had exchanged letters until Kurihara’s death in 2005. *Richard Minear, a retired Professor of History at the University of Massachusetts Amherst, taught a survey course of Japanese history… Read More »

Global tour of the Marukis’ visual account of A-bomb tragedies

Youssef Mamdouh, a young Arab YouTuber and third-year student of Cairo University, introduces an Arabic version of the manga series “Barefoot Gen” drawn by Keiji Nakazawa, a manga artist, and translated by Prof. Maher Elsherbini of Cairo University.   Youssef Mamdouh has read approximately 100 books about which he has posted articles and book reviews… Read More »